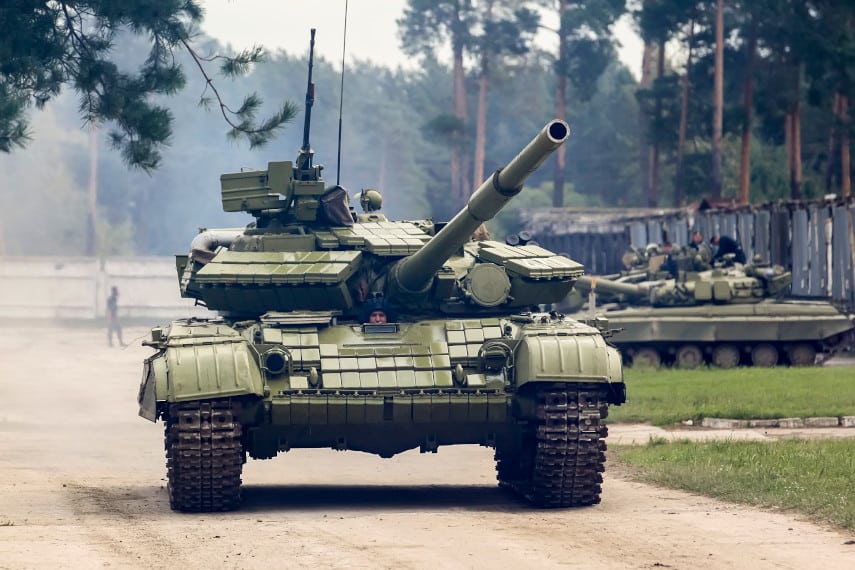 After the horrors of World War II, Europe went to great lengths to ensure that such a conflict never again ravaged the continent. Despite the constant threat from the Soviet Union during the Cold War, European countries continued working together to ensure that they remained united. And once the Cold War ended, everyone thought that the possibility of war in Europe was over.

War was thought to be one of those things that happened in less developed countries, in Asia, Africa, and South America. The thought that Europe could once again face a military threat, especially after the Soviet Union fell, was thought to be farfetched. But now we know better.

European countries have allowed their militaries to grow smaller and smaller in recent decades, and the military readiness of many European countries is almost embarrassing given the potential threats they face. But recent events have once again brought to the fore the reality that war is a threat that can resurface at any time.

Whether it’s through disruptions to trade, disruption of travel, or other factors, the lives of everyone is affected by war. And the longer a war lasts and the deeper the conflict reaches, the more people are affected.

We’re seeing today how war and the threat of war is impacting the price of gold. Gold is already a popular safe haven asset and thousands of people have already sought to protect their assets with gold due to fears of looming recession and rising inflation. But war breaking out has resulted in even greater demand for gold than there otherwise might have been. Here are three ways that war affects the price of gold.

When people start to fear for their financial well-being, they often flee to what they know or to what is familiar. In many cases this means heading for the safety of gold. Many people may not realize the many advantages of gold, but they have an innate sense that owning gold can help them.

Gold can help to diversify your portfolio, assisting you in protecting your wealth against the damage that can be done when financial markets plummet. It can act as a hedge against inflation, as it maintains its value over the long term. And it can gain value during periods when other assets are losing value.

When people start to fear that their assets will lose value, gold is very often the first asset they will seek out. And the more fear there is of war breaking out or of war continuing, the more the gold price could rise as more and more people seek to buy it.

The depth and severity of war are also factors that affect the price of gold. This also includes the location of a war.

Civil wars in Africa, short bouts of fighting in the Caucasus, and even regular conflict in the Middle East, Levant, or North Africa don’t really have a major effect on the gold price, at least not in the long term. That’s because those conflicts are either between two relatively minor powers or between a major power and a minor power.

The prospects for those types of wars and clashes spilling over and affecting the world economy are generally pretty slim. But when war breaks out in Europe, and when the conflict could potentially risk nuclear war, the consequences of a deeper conflict could be severe.

For the first time in decades Americans and Europeans have to worry about the threat of nuclear war. And the longer the war goes on, the more damaging it could be and the greater the likelihood that a minor miscalculation could result in major consequences.

So the more severe a war is and the greater number of major powers involved, the greater the effect should be on gold. And the longer the war lasts, the more people may decide to buy gold to protect themselves.

Trade between nations is always one of the first casualties of war. And if a country at war is a major producer of necessary goods or raw materials, the effects of war could impact the whole world.

With the conflict in Ukraine we’re seeing effects throughout the world, as Ukrainian products likely won’t be exported, and Russian products are increasingly being sanctioned. This is affecting numerous markets, including those for base metals, precious metals, food, and energy.

As a result, prices of commodities throughout the world have been increasing rapidly. Hardly an item we buy today isn’t going to be affected by the absence of Russian and Ukrainian exports. Once harvest time comes, we’ll likely see just how bad shortages will be, and prices of many goods could increase significantly.

While gold prices have already risen as a result of fears about the war in Ukraine, they could rise even further once the full extent of the damage to international trade becomes apparent.

The war in Ukraine is obviously the most important war impacting the gold price today. Gold prices increased significantly as soon as Russia attacked Ukraine, and they’re still high today. While financial markets began to shrug off the impact of the war after Russia began to get bogged down in Ukraine, the fact that the war is continuing and could drag on for many months could impact the gold price.

The US and other Western nations continue supplying arms and intelligence support to Ukraine, something that will both prolong the war and anger Russia. Russia has already warned against further shipments of arms to Ukraine, and has begun attacking those arms shipments. Like it or not, we’re in the middle of a great power war here, even if US and NATO boots aren’t actually on the ground in Ukraine.

It’s still very early in this conflict, and the ultimate consequences of the war won’t be felt for many months. Right now we’ve already seen prices of gasoline increase as Russian oil isn’t being purchased in the West. But as more and more industries see the impact from Russian raw materials being absent from the market, prices could rise elsewhere as well.

There’s also the fact that Russia is one of the world’s largest producers of gold, responsible for around 10% of world production. Western firms have already pledged to shun Russian gold, which could send the gold price higher as 10% of supply vanishes right as demand is increasing.

Future Crises That Could Affect Gold

The crisis in Ukraine isn’t the only one that could affect the price of gold. There’s a great deal of fear that China might feel emboldened by Russia’s actions to take over Taiwan. And if it were to do so, the disruption to world trade could likely make what’s happening today look like nothing.

Just imagine what would happen if the US and China were to get into a war over Taiwan. Almost overnight, many of the goods Americans rely on would disappear. Forget about being able to buy clothes, electronics, or parts to repair cars and household appliances.

Whatever the reason, there’s a very high probability that any future conflict will be one that involves great powers and major gold producers. And that could impact the gold price.

The age of the Pax Americana appears to be coming to an end, and a new world order is shaping up. How exactly that will look is anyone’s guess, but the price of gold could definitely be impacted.

Future geopolitical conflict could impact the price of gold directly not just as the result of war, but also as a result of the changes to the monetary and financial systems that could come about as a result of any future conflict. Both Russia and China have been buying significant amounts of gold in recent years, and there is widespread speculation that the future of the world monetary system may lie in the return of gold-backed currencies to international prominence.

But no matter what happens, everything seems to indicate that the gold price will increase in the future. Rising uncertainty, greater potential for conflict, and increasingly fearful populations are all factors that could help boost the gold price.

That means that if you want to benefit from a rising gold price, now may be the right time to start thinking about buying gold. There are numerous options to consider, from rolling over retirement savings into a gold IRA to buying gold coins and bars to store at home. No matter how you want to buy gold, there is a product or service out there that can cater to your needs.

With over a decade of experience in precious metals, the experts at Goldco are ready to help you benefit from owning gold. Whether you’re looking for financial security, greater peace of mind, or long-term growth of your assets, Goldco’s representatives can answer your questions so that you can achieve your goals.

Call Goldco today to learn more about how gold can benefit you.