Home News & Articles Americans’ Financial Situations Are Deteriorating: How Is Yours? 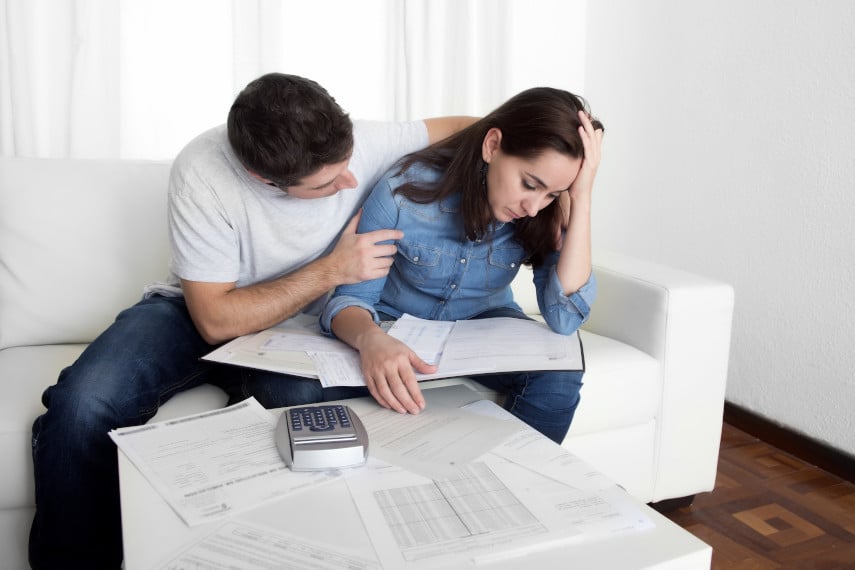 It seems that every day continues to bring more bad news about the future of the economy and the state of Americans’ financial health. With inflation remaining elevated, and the Fed continuing to tighten monetary policy, Americans are caught between a rock and a hard place. The coming recession could end up making 2008 look like a breeze.

It shouldn’t be much of a surprise, then, that more and more Americans are taking steps to shore up their financial health. Many are looking to buy gold in order to protect their hard-earned wealth. They know what’s coming, and they don’t like it.

The US economy is driven by consumer spending, and that spending is beginning to falter. Retailers are sitting on massive levels of inventory as consumers are staying home and keeping their wallets closed. Household spending expectations are falling, as more Americans expect to have to pinch pennies in order to make ends meet. This doesn’t bode well either for households or for businesses, and the coming months could end up being trying ones.

One of the reasons behind shrinking household spending is that real disposable income growth is actually negative. Adjusted for inflation, most Americans are actually losing purchasing power each year, making it more and more difficult for them to support the standard of living to which they’ve become accustomed. Like it or not, Americans are tightening their belts, and it’s going to take a lot more than a few stimulus checks to get them to start spending again.

While many people like to say that the housing market won’t implode like it did in 2008, that’s not a given. Right now the market is contracting like it hasn’t in over a decade.

Mortgage rates have risen to over 7%, the highest since before 2008, and mortgage applications have fallen as a result. Housing prices are starting to fall, reducing the wealth of many American households.

Supply of houses is expected to shrink, and overall home affordability is the worst it has been in decades. Many Americans who had hoped to buy a house in the near future are finding themselves having to put off their plans yet again.

The Rent Is Too High

As a result, more Americans are stuck renting. And that rent is increasing too. In fact, according to some estimates rents are up by as much as 30% since the start of the pandemic. That kind of rent increase takes a big chunk out of people’s disposable income.

It also makes it more difficult for younger Americans to build up enough money for a down payment, save for retirement, and hit all the financial milestones that previous generations have taken for granted. Millennials were already facing a bleak financial future, but with the housing market going topsy-turvy all of a sudden and rents skyrocketing, the outlook for the future got even worse.

Labor Market Could Blow Up

If that rule takes effect, it would upend the business models of many growing companies, increasing their cost of doing business. Those costs would get passed onto consumers, of course, which could necessitate a pullback of spending that would harm these companies’ bottom lines even more.

In a worst case scenario, many of the jobs that have been created in the gig economy could disappear altogether. And the rosy labor market that we seem to have enjoyed even in the face of recession could end up crumbling as millions of Americans find themselves unable to find the part-time or short-term jobs to which they’ve become accustomed.

Biden vs. the IMF

Despite all of this, President Biden thinks that the risk of recession is very slight. You would expect him to say this, of course, with the election less than a month away. But with everything that is happening in the economy right now, you have to wonder if he’s not doing more damage to his reputation by trying to deny the obvious to people who are already suffering from inflation and who stand to suffer even more once recession hits.

Contrast that with the International Monetary Fund (IMF), which has endorsed the efforts central banks are making to combat inflation, and which has warned that fiscal policy shouldn’t interfere by adding additional government borrowing and spending to budgets that are already out of control.

Central banks face the necessity of tightening their belts while governments want to spend. And if central banks blink and end up giving in by monetizing the debt issued by governments, you can kiss the inflation fight goodbye.

No matter which way you slice it, the economy and the financial situation is deteriorating. Governments, companies, and households are drowning in debt and feeling the pinch of higher inflation. And with inflation being the highest it’s been in 40 years, many people are floundering around trying to find a way to cope.

The last time the US experienced sustained high inflation, during the stagflation of the 1970s, gold and silver both had annualized growth rates of over 30% over the course of the decade. But Americans have become complacent since Paul Volcker killed that inflation in the early ‘80s. Most Americans alive today don’t even remember how previous generations fared with stagflation, let alone how gold and silver performed during that period.

But enough people remember how well gold and silver performed during the 2008 financial crisis that demand for those metals has now skyrocketed. Supplies of physical gold and silver coins are tight, and premiums are rising. But now is still the time to try to protect your wealth with gold and silver.

A gold IRA is one popular method of investing in gold, as it allows you to roll over or transfer existing retirement assets into physical gold and silver tax-free. Then your gold and silver investments enjoy the same tax-free appreciation as any other IRA account, and you only pay taxes when you take a distribution.

If you’re worried about maintaining your wealth, and you fear that inflation or recession might eat away at the money you’ve worked so hard to save, maybe it’s time to start protecting yourself with gold or silver. Call the experts at Goldco today to learn more about the precious metals options available to you.