Home News & Articles The Federal Reserve in the Modern Era: Crisis After Crisis 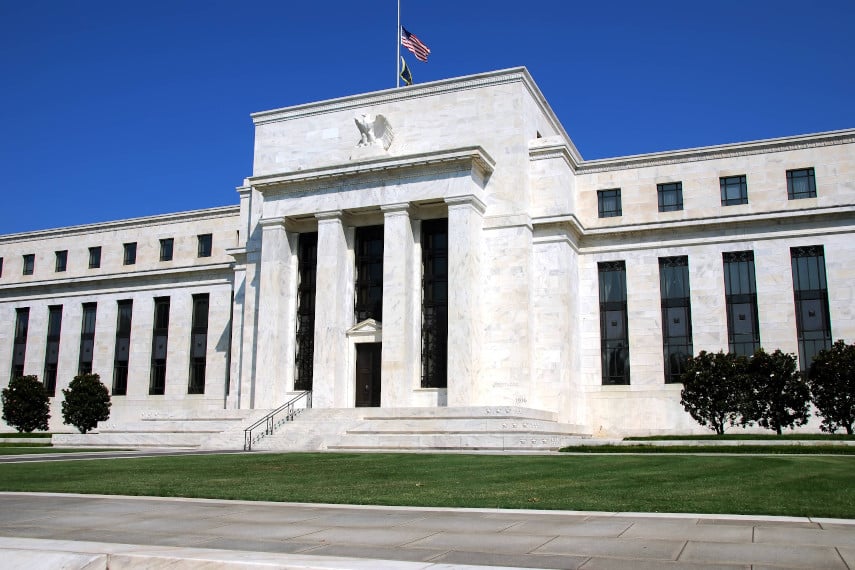 As good as the past 50 years have been for many people, there’s no denying that they could have been better. Investors have certainly done well, thanks to the great bull market that ran from 1982-2000, an unprecedented period of stock market growth. But markets have struggled to regain that type of momentum since then. And in many ways the Federal Reserve is to blame.

In part one and part two of this series we learned a little about the Fed and what it does. Now we’ll go into greater depth discussing the Fed’s actions over the past half-century, what effects that has had, and what effects it may have on your financial future.

When President Nixon closed the gold window on August 15, 1971, it was a watershed moment in monetary history. No longer were currencies backed by any sort of commodity or promise for redemption in a commodity. Instead they were completely fiat and completely free floating.

Nixon claimed that “your dollar will be worth just as much tomorrow as it is today,” which anyone with any economic sense knew was not going to be true. And history has borne that out.

But once the Fed was no longer constrained by even the limited gold exchange requirements of the Bretton Woods system, it was free to inflate the money supply ad infinitum. There were no longer any external constraints on the Fed’s ability to create money, only internal constraints, i.e. the Fed’s own misgivings about inflating too much.

The Roots of the Current Crisis

The roots of the current crisis date back to that fateful day in 1971. Even though the Fed’s monetary policy up to that point had been inflationary, since 1971 it has been even more so. Back then the Fed also failed to acknowledge its role in creating inflation, and it was taken completely aback at the stagflation that characterized the 1970s.

The Fed was never really able to figure out what was going on, so that by the early 1980s inflation was nearing 14%. Fed Chairman Paul Volcker decided to put an end to that, slowing money supply growth and bringing about a recession that resulted in unemployment rising to over 10%. The recession seemed to cure everything, and the economy seemed to be back on track.

But while Volcker gets credit for fighting inflation, the money supply continued to grow under his watch. While it may not have grown as much as during the 1970s, it still doubled during Volcker’s tenure.

Volcker’s main achievement was raising the federal funds rate to nearly 20% in order to bring back a semblance of market discipline to interest rates and financial markets. But once inflation was tamed, the Fed continued its easy money policies.

Volcker left the Fed in 1987, and his successor Alan Greenspan was almost immediately faced with a stock market crisis on Black Monday. The Dow Jones Industrial Average dropped nearly 23%, its largest one-day decline ever.

The Fed immediately stepped in to bail out financial markets and provide liquidity. Meanwhile the money supply kept increasing. Eventually the malinvestments caused by this money creation resulted in the recession of the early 1990s. And once again the Fed “fixed” this recession by creating more money.

Money supply growth tapered off for a while after the early 1990s, but then began accelerating again in earnest in the mid-1990s. While Greenspan’s policies were known at the time as the “Great Moderation,” money supply growth was anything but moderate.

Looking at money supply figures, it’s not hard to see how the dotcom bubble was fueled. And once that bubble burst, the Fed once again turned to money creation to fix things, fueling the housing bubble.

The 2008 financial crisis was built on the shoulders of previous crises, each of which had been papered over with easy money. This constant turn to easy money as a solution to crises merely postponed the inevitable, making sure that the day of reckoning, when it finally came, would be more painful than ever.

We’re all familiar with the Fed’s policy response to the 2008 crisis, as it brought about a whole raft of new terms that we hadn’t heard before, like quantitative easing, liquidity facilities, and large-scale asset purchases. The Fed intervened in a way that it hadn’t in any prior crisis, and for good reason – it had to.

The Fed had created a monster after putting off actual solutions to crises previously. And this time around the bubble it had created threatened to take down the financial system.

Unfortunately, the Fed is still a one-trick pony, and its solution to the 2008 crisis was just more money creation, albeit on a much larger scale. And once again, the day of reckoning was postponed, making the inevitable day of reckoning even more painful.

How We Got to Where We Are

Fast forward to 2020, when the economy was already showing signs of weakness and governments decided to implement COVID lockdowns. The federal government decided to engage in massive amounts of fiscal stimulus, on the order of trillions of dollars, and expected the Fed to fund that spending.

By the time all was said and done, the Fed had more than doubled the size of its balance sheet, to nearly $9 trillion, or about 10 times as large as the Fed’s balance sheet was pre-2008. The $5 trillion of newly created money the Fed injected into the financial system wasn’t sterilized in any way, and now it is making its way through the economy, sending prices soaring ever higher.

There’s no telling how long this inflation will last, either. With such a massive amount of money having entered the system in such a short amount of time, and with none of it having been taken out, we may be facing years of inflation.

You Can’t Fight the Fed

There’s a saying within the investment community that you can’t fight the Fed. What that means is, as much as you think assets like stocks may be overvalued, it’s pointless to try to do things like short them, because the Fed’s pockets are deeper than yours and it can keep a rally going longer than you can maintain a certain position. It feeds into the saying that markets can stay irrational longer than you can stay solvent.

Given that, you can do one two things. You can invest in the assets whose assets the Fed is boosting, which for the past several years have been stocks. Or you can invest in assets that can help protect you once the inevitable downturn comes.

Timing markets is never easy, which is why hardly anyone tries to do it. But many savvy investors try to put at least a portion of their portfolio into assets like gold and silver, which can serve as a hedge against a market crash.

Of course, when markets look like they’re even closer to crashing, more investors try to protect even more of their portfolios with gold and silver. And with the economy showing signs of weakness today, gold and silver have become hot commodities.

People who pay attention to what the Fed is doing understand that the Fed’s policies will result in higher inflation and devalued dollars. That’s why they try to protect the value of their investments with gold and silver. And they pay especially close attention to the conduct of monetary policy when making their decisions.

Right now the Fed is winding down its asset purchases, which could push the economy into an even deeper slowdown. But inflation is picking up too, which will leave the Fed in a quandary. Either it sits on the sidelines and lets the economy tank, or it risks even higher inflation by adding more monetary stimulus to try to keep the economy out of recession.

In either case the outlook for gold is bullish, which is why the next few years could see gold really take off in price. And investors who make the decision today to invest in gold could look back in a few years and pat themselves on the back for their good decision.

Many investors saw what gold did in the aftermath of the 2008 crisis, in which it nearly tripled in price, and they vowed that they would invest in gold the next time a crisis came around. Now could be that time, so shouldn’t you start thinking about gold if you haven’t already?

Goldco’s experts have helped thousands of customers just like you protect and defend their wealth against the effects of the Federal Reserve’s inflationary monetary policy. Can we help you protect your hard-earned savings? Call Goldco today and learn how gold and silver can help safeguard your assets.